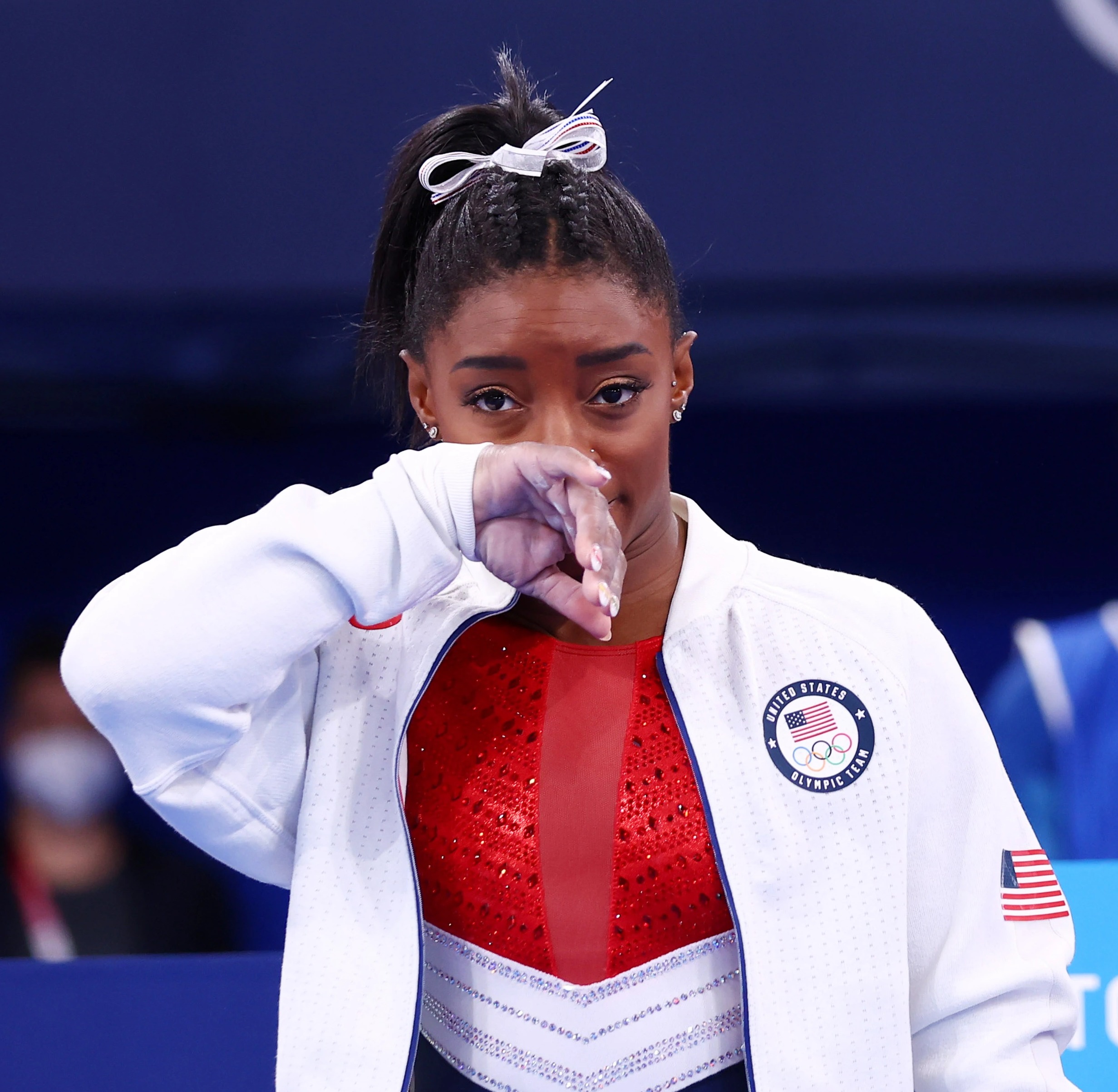 Brave Simone Biles has admitted she should have given up gymnastics ahead of the Tokyo Olympics because the trauma of her sexual assault was ‘too much’.

Biles, 24, was one of hundreds of athletes who were abused by disgraced doctor Larry Nassar in his position on the USA Gymnastics team’s medical staff and running a clinic at Michigan State University.

Out of an estimated 250 overall, the decorated gymnast was the only gymnast to be part of Team USA at the revamped Tokyo Games this summer.

But despite initially entering five events – with gold expected in all five – she withdrew from four after a series of major and uncanny errors, or ‘twisters’ as the sport is known, a mental block. Affects his muscle memory when performing with.

Biles started the team finals but made a mistake in the vault and then withheld his participation in the Olympics until returning to win bronze in the balance beam.

talking to New Yorker MagazineBiles said: “If you looked at everything I’ve seen in the last seven years, I should never have made another Olympic team.

“I should have left Tokyo before, when Larry Nassar was in the media for two years. It was too much.

“So I carried on at it for as long as my mind and my body would let me.

“Twisty is very dangerous. It’s basically life or death. It’s a miracle I landed on my feet.

“If it were someone else, they would go out on a stretcher. As soon as I landed on that safe, I went and told my coach, ‘I can’t continue’.

“My outlook has never changed so quickly from wanting to be on the podium to wanting to be able to go home on my own, without any crutches.”

Some accused Biles of ‘dropping’ his teammates and leaving because of his rumblings – but he made it clear that was not the case.

Instead of just having a ‘bad day’ at the office, the Ohio-born star compared her condition to being blind.

She continued: “Say you have full vision until you’re 30.

“One morning, you wake up, you can’t see s***, but people tell you to go ahead and do your daily work as if you still have vision.

“That’s the only thing I can add to this. I’ve been doing gymnastics for 18 years. I woke up – lost it. How am I supposed to go on with my day?”

‘I have learned a lot’

Biles is still processing what happened in Tokyo and her late return – but insists she has no regrets.

She continued: “Sometimes it’s like, yeah, I’m totally fine with that. Like, that’s how it works. That’s how it turned out.

“And then sometimes I’ll start yelling in the house.’

“Everyone asks, ‘If you could go back, what would you do?’

“No. I won’t change anything because everything happens for a reason.

“And I learned a lot about myself – courage, resilience, how to say no and speak up for myself.”

In January 2018, Biles revealed that Nassar had attacked her with a daring tweet.

He was sentenced that month to 175 years in prison after pleading guilty to sexually assaulting 125 girls and women between 1998 and 2015.

A month earlier he was given a 60-year sentence for possessing 37,000 images of child pornography.

We have failed and we deserve answers

Earlier this month, Biles, Aly Raisman, MacKayla Maroney and Maggie Nichols testified before the Senate Judiciary Committee regarding Nassar and the FBI’s investigation into the case.

The hearing was conducted to investigate the FBI’s investigation into Nassar and his missteps.

Biles said she was ‘failed’ by the FBI, USA Gymnastics and the US Olympic and Paralympic Committee.

The athlete told Capitol Hill: “I sit before you today to raise my voice so that no little girl makes me, the athletes at this table, and countless others suffer unnecessarily under the guise of medical treatment for Nassar – which we continue to suffer today.

“We have failed and we deserve answers. Nassar is where he is, but the one who enabled him deserves to be held accountable.

“If they are not, I believe this will continue to happen to other people at the Olympic Games.

“As the only competitor at the recent Tokyo Games to have survived this horror, I can assure you that the effects of this person’s abuse are never ending or forgotten.”

And in her New Yorker interview, Biles opened up about suffering from depression, her psychological therapy before the Olympics, and her long-term recovery time with no set end date, unlike a physical injury.

The Texas-based champion – who has embarked on a 35-city gymnastics tour – concluded: “They were like, ‘Yeah, you’re good enough to go and do your stuff, but you have to come back.’

“It’ll probably be something I work on for 20 years.

“No matter how hard I try to forget. It’s a work in progress.”