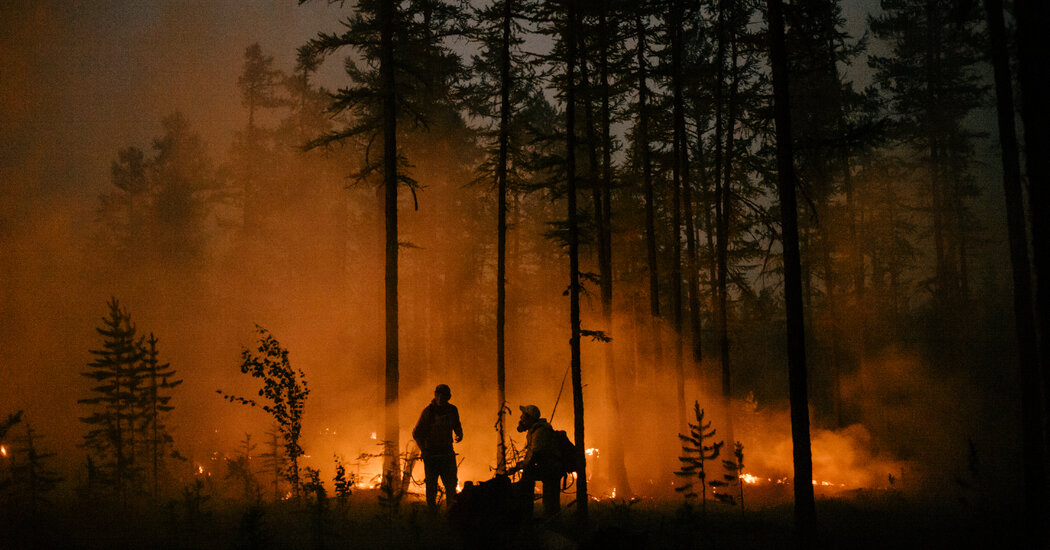 President Biden said on Tuesday that his administration would seek dual aid aimed at helping developing countries combat climate change, in April he pledged about $11.4 billion a year until 2024.

The pledge is seen as critical to the success of the UN-led climate talks that are due to take place in Glasgow in November, though whether and when the money will go into effect depends on congressional approval.

Many developing countries have repeatedly pointed out that rich countries have not delivered the $100 billion a year aid promised under the 2015 Paris climate agreement. A tally by the Organization for Economic Co-operation and Development found a shortfall of about $20 billion.

Mr Guterres has warned that failure to deliver on such promises could jeopardize cooperation to rein in global greenhouse emissions and prevent the worst effects of warming. “It’s an important question of trust,” he said last week at a climate summit hosted by the White House.

UK Prime Minister Boris Johnson, who will host the Glasgow talks, led a preparatory meeting with Mr Guterres on Monday. Mr Johnson later told reporters that November’s gathering “will be a turning point for the world, and it is the moment we grow up to take on our responsibilities.”

The scientific consensus is that global temperature rise needs to be limited to 1.5 °C. Beyond that limit, the potential for catastrophic consequences such as widespread crop failures and the collapse of the polar ice sheets is far greater.

“We are no longer on the wrong track – we are on the edge of the cliff,” Maldivian Foreign Minister Abdulla Shahid, who serves as president of the General Assembly, told the gathering on Tuesday. The low-lying Maldives is at risk of devastating floods in many countries due to rising sea levels.