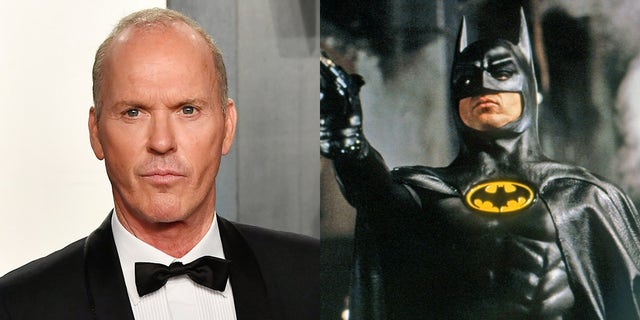 The “Batman” star, 70, is set to reprise his role as the Caped Crusader in the upcoming DC Comics film, “The Flash,” in which the superhero — played by Ezra Miller — will encroach on the journey multiple times. It will also include various variations of Batman from any given era.

Keaton joined Stephen Colbert on “The Late Show” on Tuesday and told the host that—believe it or not—30 years later he still fits in the same suit he donned in the 1989 installment.

The actor said that his physique is “as usual”, and added that he is “roughly the same dimensions, equal fitting” when he wore a black outfit in 1989, then in “Batman Returns” in 1992.

Michael Keaton returning as Batman in upcoming ‘The Flash’ movie

Ben Affleck is also set to make an appearance in the new “Flash” as his version of Batman and Keaton said it was “great” to give his suit the final hura.

“I don’t know how many like 77 Batman,” he quipped. “They think they should form their own union.”

Meanwhile, “Batman & Robin” actor, George Clooney also commented recently about his 1997 portrayal of Bruce Wayne — telling Diversity He believed that the franchise was “destroyed” after his rendition, so he also forbade his wife, Amal Clooney, to watch it.

Clooney explained, “There are some movies that I go to right now, ‘I want my wife to have some respect for me. He also said that he would be concerned about the reaction of the couple’s twins, Alexander and Ella, should they want to see it.