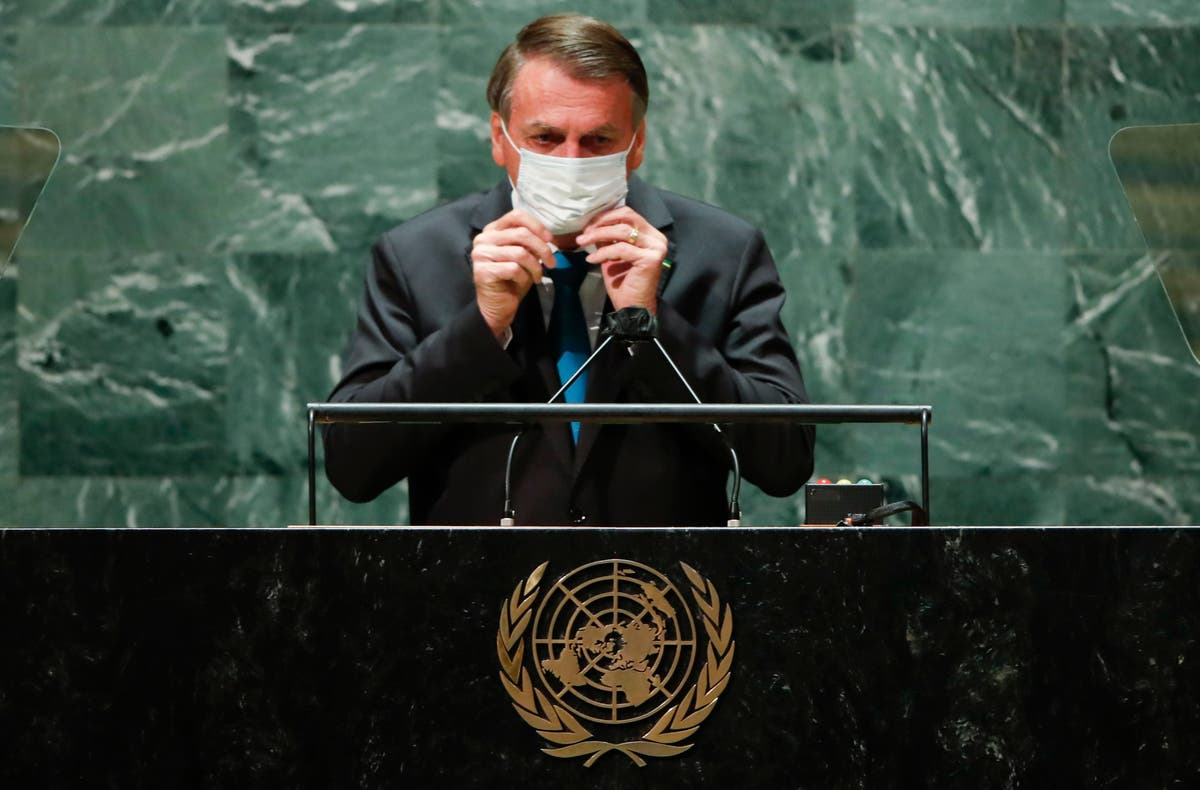 Michelle Bolsonaro, Brazil’s first lady and the wife of the country’s far-right, anti-vaccine president Jair Bolsonaro, vaccinated herself against the coronavirus in New York last week, prompting a backlash in her home country.

The couple were in the US last week for a meeting of the United Nations General Assembly (UNGA), where Bolsonaro’s unvaccinated husband gave a speech, allegedly in violation of New York health protocols.

“Getting a vaccine is a personal decision. For example, my wife (Michel Bolsonaro) decided to take it to the United States. I didn’t take it,” Mr. Bolsonaro said in an interview published by Veja magazine last week.

The revelation has given rise to allegations that by choosing to vaccinate abroad, Ms Bolsonaro risks undermining the credibility of her country’s vaccination campaign.

“It devalues ​​health officials, devalues ​​the conquest of a country that is already more than 30 years old, such as the National Immunization Program (sic),” said Mr Rodrigues, who heads the Parliamentary Inquiry Commission (CPI). He is also the Vice President. ), which is investigating allegations of corruption against the president over vaccine purchases.

“Someone had to tell him that the vaccine they vaccinate in the United States is the same as what is vaccinated in Brazil,” news agency Merco Press quoted Aziz as saying.

“He could well be vaccinated in Brazil and show it to everyone to set a good example. If that was the case, we would have seen an act of genuine patriotism, not a verbal one,” he said.

Explaining the decision to get the vaccine in the US, Ms. Bolsonaro was quoted as saying that she did so after a US doctor recommended her help with a COVID test to help her get a vaccine.

“Before returning to the country, he” [Ms Bolsonaro] The PCR test was done, which is mandatory for the boarding authority and during the test, the first lady was asked by the doctor if she would like to take the opportunity of vaccination,” said a note from the country’s special secretariat for social communication.

“Since she was already thinking of getting the vaccine, she decided to accept it. The first lady reiterates her admiration and respect for Brazil’s health system, especially for the professionals in that field who are tirelessly dedicated to caring for people’s health,” it added.

While Mr Guimaraes and Mr Quiroga said they had been fully vaccinated, Brazil’s president was widely criticized for putting others at risk.

All members of Mr Bolsonaro’s delegation are in isolation in Brazil as they were in direct contact with the health minister.

The unaffiliated head of the nation was defiant on the coronavirus pandemic at the United Nations General Assembly meeting, where he was the first speaker.

Mr Bolsonaro in his speech criticized the lockdown measures related to the pandemic, saying that under “stay at home” and ‘we will deal with the economy later’, they almost brought social chaos to the country.

“But our administration took a number of economic measures in a bold move to avert a greater evil,” said Mr Bolsonaro, under which Brazil reported more than 21 million coronavirus cases since the start of the pandemic last year Is.

Mr and Ms Bolsonaro both tested negative for Covid-19 on Sunday, reported the new York Times.