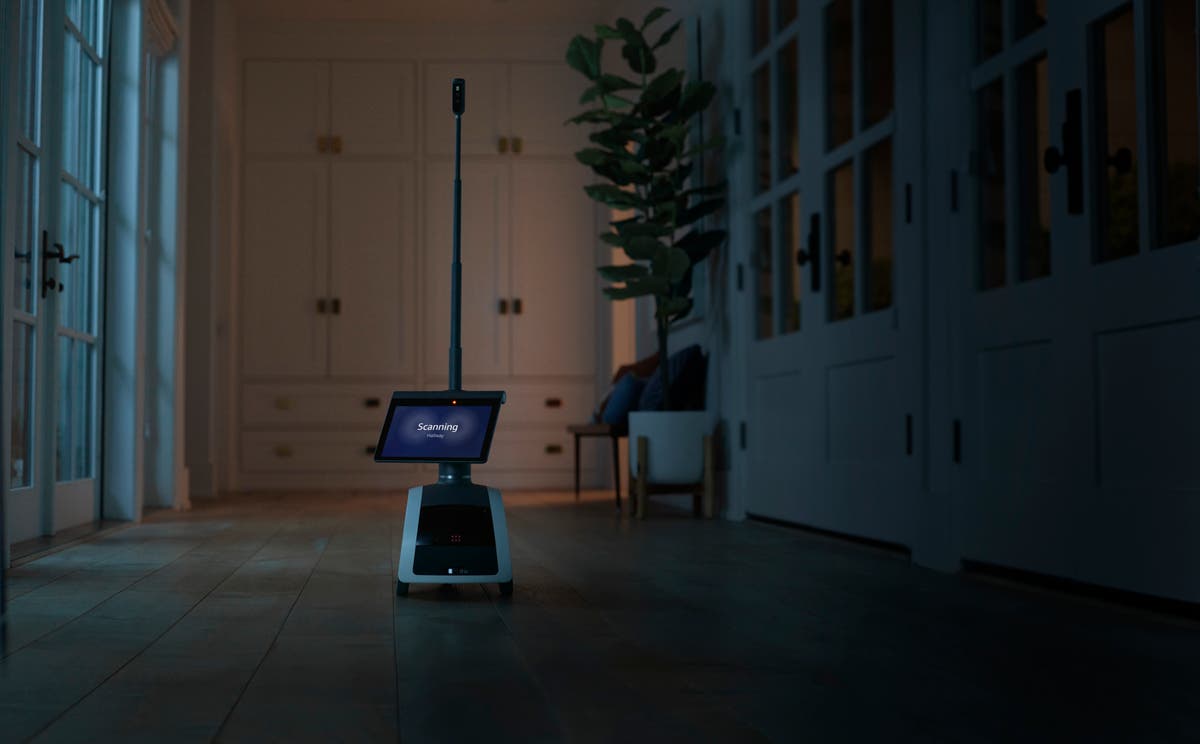 Amazon has revealed Astro, an Alexa-powered robot that can drive around people’s homes.

Something like an Amazon Echo on wheels, the machine is capable of navigating around the house on its own.

It includes all the traditional features of an Amazon Echo with a screen: It can display TV shows, video calls, or be used to video chat with family or friends.

But it is also mounted on wheels, allowing it to move around the house by driving around. It is able to detect things like walls, stairs or pets that may be in its path and navigate around them.

It does this by using multiple cameras that allow it to see points in space, calculate what is around it and how far away things can be. It can then navigate around them.

It also has a long “periscope” that protrudes from the top of its head so that it can explore higher surfaces.

And on the face of it is a screen that is used for video calls and other information – but also includes eyes that are intended to make the Astro more friendly and likable.

It will be available through Amazon’s “Day 1 Edition” program, which gives early access to products. Users can sign up to buy one now — for $999.99 — and the company expects to be able to ship them out later this year.

Astro Robot has been working at Amazon for years. Its head of devices, David Limp, said he had underestimated the amount of computing power needed to navigate around the house.

He also suggested that the power of robots was similar to science fiction. And its engineers said the technology would be the foundation for even more technology in the future.

The announcement came during Amazon even saw it reveal a home camera that can fly around the house, new health features and a smart thermostat.

The company has faced criticism in recent years over the intrusion of its surveillance technology — especially when that flying home drone was announced, at the same event last year — and those concerns are likely to escalate with the announcement of Astro. .