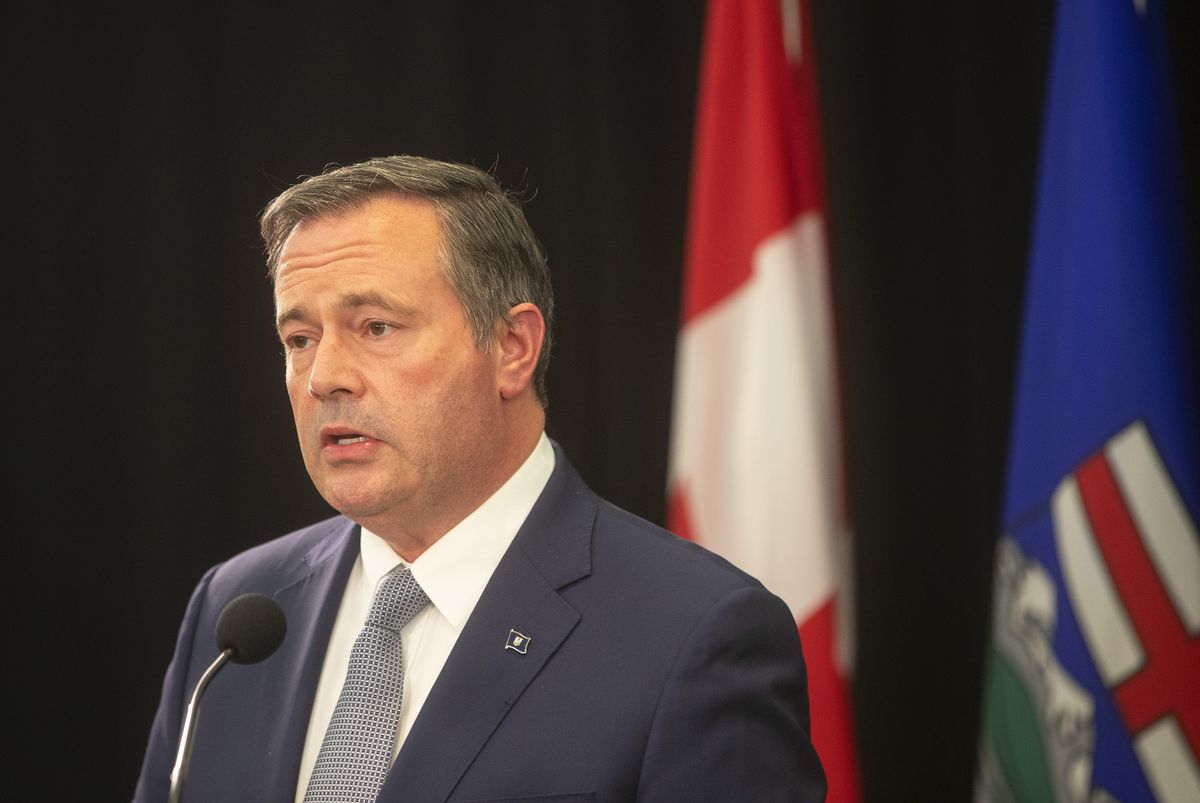 Alberta Premier Jason Kenney was to speak on Tuesday as he faced growing calls for a lockdown to curb rising cases of COVID-19, which are pushing hospitals to breaking point.

Meanwhile, Prime Minister Justin Trudeau said the federal government was ready to help with the renewed economic shutdown as necessary.

Trudeau told reporters in Ottawa, “If Alberta is to take more steps and go into lockdown, federal support for businesses, for individuals, will come back. And we would make sure we were there to support people.” “

“At many levels our officers are reaching out to Alberta and Saskatchewan to offer any and all help from the Canadian Red Cross to the military to additional equipment to airlift nurses and doctors.

“I look forward to speaking with Premier Kenny and Premier (Scott) Moe tomorrow as well as reaffirming our commitment to supporting the people of Alberta and Saskatchewan, who are in an extraordinarily difficult, heartbreaking situation right now. facing the situation.”

Kenny dismissed the idea of ​​lockdown in a weekend radio interview.

He said it would not be fair to the 83 percent of eligible Alberts who have stepped up to get at least one dose of the COVID-19 vaccine.

Hospitals in Alberta are dealing with a crisis situation of critical patient overcrowding due to COVID-19. Alberta has more than 21,000 active cases, which dwarf totals in other provinces.

The surge overwhelmed the capacity of 173 intensive care beds weeks earlier, forcing the province to create an ad hoc space and reassign staff. In turn, thousands of non-urgent surgeries have been cancelled.

Doctors are being briefed on how to decide who gets lifesaving care when resources run out and who doesn’t. The Alberta Medical Association’s head of emergency medicine has said that some critical patients are not being put on ventilators because there are not enough staff.

There were 318 people in intensive care on Tuesday, most of them stricken with COVID-19. About 90 percent of COVID-19 patients in critical care are either partially vaccinated or not vaccinated at all.

About two weeks ago, Kenny announced new measures – including some collecting restrictions and a kind of vaccine passport – to try to slow the spread and give more people incentives to get vaccinated.

However, the number of cases has averaged over a thousand a day, with around 1,700 new cases being reported each day over the weekend.

The Alberta Medical Association and infectious disease experts have said the only solution is an immediate lockdown, shutting down attendance at schools, businesses and sporting events, and fully compensating those affected.

The province has been slow to react to rising numbers in each of the last three waves of the pandemic, as Kenney scrambles to balance public health with keeping the provincial economy running.

Kenny lifted almost all health restrictions on July 1, then failed to function throughout the summer because of cases and hospitalizations.

He said he did not impose new restrictions over the summer because he did not think COVID-weary Albertans would follow them.

Kenny has also been strongly criticized by his own United Conservative Party and members of the caucus. Some UCP backbenchers are urging fewer restrictions while others demand that Kenny impose stricter rules.

Some want him to resign.

Last week, former cabinet minister Leela Ahir called on Kenny to step down, saying he had failed to lead the way for COVID-19 when the window of opportunity opened in August.

On Tuesday, UCP member Angela Pitt was asked by reporters on a Zoom call whether she had faith in Kenny’s leadership and whether she should still be in the top post.

“The answer to that question is no, I don’t, and I don’t think my components do either,” she said.

The United Conservative Party also said that the party’s vice-president, Joel Mullan, had been fired from the party. Mulan publicly called on Kenny to resign last week for failing to act consistently and effectively on COVID-19.

“The democratically elected board of directors voted to remove Mr. Mullan from his position for breaching the code of conduct and confidentiality agreements,” UCP spokesman Dave Prisco said in a statement.

Mulan, in an interview, disagreed.

Mulan said he was let go for publicly sharing one of his own emails calling for a leadership review. “After all, I think the reason I’m out is because I spoke out against the leader.”

David Shepherd, the health critic of the opposition NDP, said the COVID-19 crisis was the result of extravagant politics.

He said that Kenny has consistently failed to put public health first for fear of offending the anti-sanctions faction of his political base, while the people in his caucus have not shown the courage to speak up and force him to do so. Is.

“What I want to hear this afternoon is the plans for this premiere to end this (crisis),” Shepherd said.