Advice for voters on the eve of election day: A Q&A with Elections Canada spokesperson Diane Benson 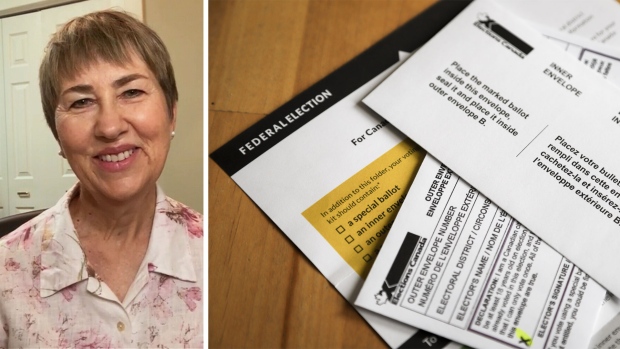 Took: We are repeating this time and again, but this will truly be an election like no other because of the pandemic. So, how do you expect the turnout to be this year?

Benson: Well we don’t predict the turnout, because it really depends on the voters. So it’s their choice. Our role is to make sure that they know where and when they have to vote and bring the correct ID and all that but voting is up to the voters, it’s a personal choice.

Took: Although a portion of turnout depends on where people can vote for access to polling stations, particularly in Ontario, polling stations have declined on Election Day, with more than half gone in 11 GTA ridings. Huh. Can you explain why this is so?

Benson: Surely, it is because of the COVID protocol. So a lot of places especially in downtown urban core areas… like in an apartment building, and a condo and everyone there could vote, we can’t do that this time because it won’t meet the COVID protocols. . So it often happens that on that ride the returning officers have to find a place that allows physical distancing, so those voters may have to go a little further and we recognize that. But once they are there, we have tried to ensure that there are more polling stations, so that they can be processed quickly.

Took: So, I guess by the way, how are you saying that things are going to be balanced. In terms of the questions you get from voters, are you confusing a lot of people and they really need more guidance to understand where they are going to go, how are they going to vote this year?

Benson: Well I think what we’re trying to do when we hear from voters or when we talk, you know, what to be prepared for on election day, that’s the first thing you should do This is to make sure you know where you are going to vote. Because the locations we’re talking about may have changed, people have the understanding that they’ll be going to a familiar location, a local school, a local community center, and those places may not be available to lease to us. . Time to set up a polling place So one of the things we’re really emphasizing on is if you’ve got that voter information card before you go, take a look at it. If this is why you still can’t find the card, just enter your postal code on the website, and it will say ‘This is where you have to vote.’ So we do, you know, voters want to be aware that they probably need to check a few things before they leave so that they don’t get disappointed when they go to the polling station.

Took: Another group that has always been the focus during elections is the youth vote. Actually encouraging young voters to get out there, raising their voices. However, polling stations are not being set up in Canadian universities, so there are a lot of people in the population that you want to vote, what is being done to encourage them to go out and vote and accommodate ?

Benson: Well, I think the program you’re describing is this program called Vote on Campus that we started in 2015 as a pilot project, it went really well. We made into more universities in 2019 than it was ever in every post-secondary institution. And when COVID happened, and we were trying to plan in a pandemic and universities weren’t sure what was going to happen with students coming back to campus or not, it took place to secure staff presented real challenges to try and secure, when we didn’t know when the vote was going to happen. So that’s what we’ve done instead and we’re committed to getting that program back for sure for the next election.

But what we did this time is that in those rides where there is a university, the returning officers worked really hard to try to put a polling place near a university or post secondary campus. So that at least the students can walk there, they don’t have to go very far, and we really encourage them to, you know, go online, call the returning office, we have a special site on the website. students, because we know it’s a little different for them. They have different challenges, because they were away at a different address, they have a different ID that they have to prove, so we tried to get all that information out so they had it. And then try to keep a place as close as possible, so that they get the polling place they can get tomorrow.

Took: We know that many people were early voting in their ballots by mail. How do you expect this to change? When should we expect the results of this election?

Benson: Well we’ve tried to be clear and I think everybody knows it’s a slightly different election and we thought maybe more people would vote on what’s called a special ballot. Even those who were in their rides and advanced voting on Election Day could go to the polling place if they decided to vote by special ballot – they often call it mail in the ballot – that those in the vote count. Counting of people cannot be done at the local returning office on election night.

We’ll have to wait until the next day to check those mail ballots, special ballots, and do a series of verifications to be sure. One of the examples of verification is to ensure that no one walked in and attempted to vote on Election Day. So, that verification will take around 24 hours. But what we think is that the count will be on Tuesday and Wednesday.

So even for those special ballots where we won’t know until a day or two after that, it’s going to be in fairly short order, in most places, by Tuesday and Wednesday.