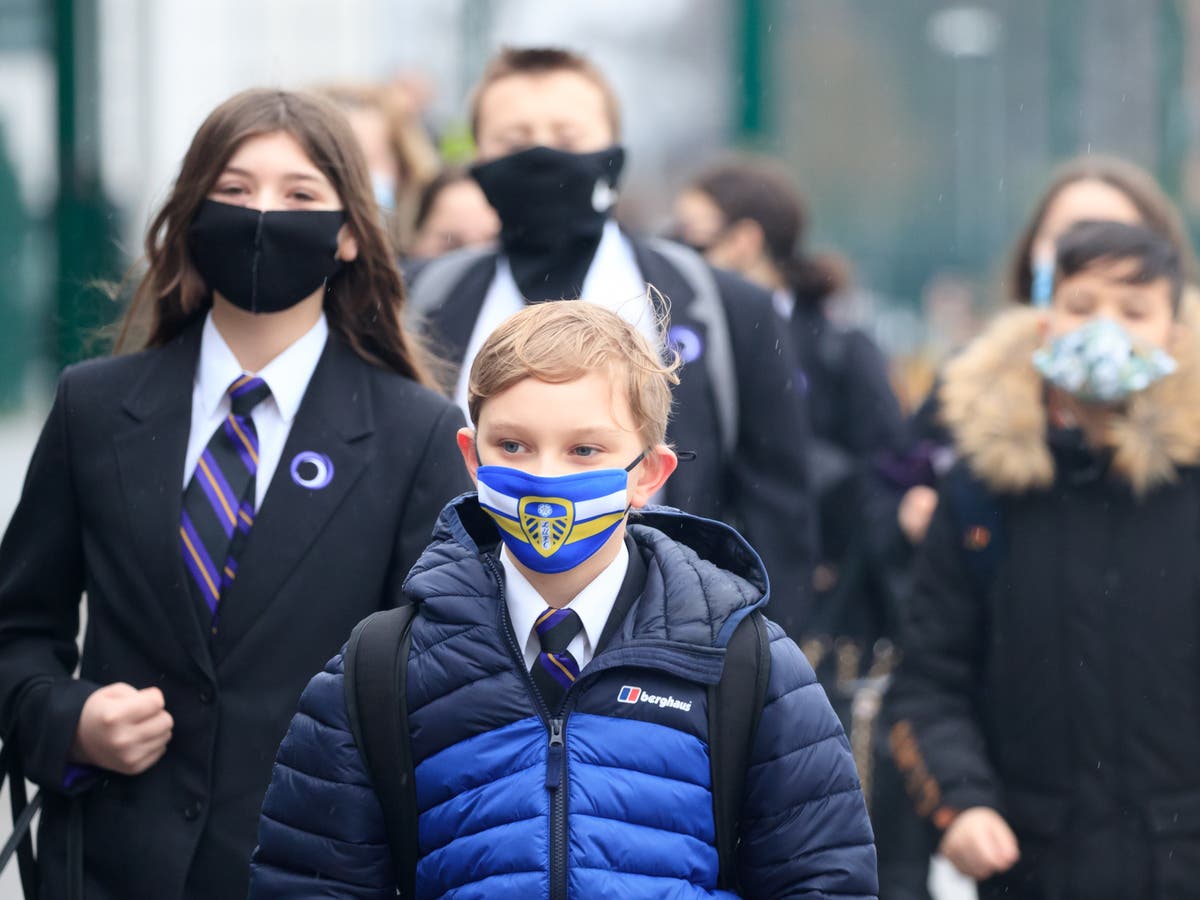 According to the latest figures, the level of coronavirus circulating among secondary school students has risen sharply, now one in 15 infected.

This is more than one in 20 from the previous week and is equivalent to about 270,000 children testing positive for COVID in the week from October 2 to October 2.

But while the number of people testing positive for the virus is projected to rise in England, it has fallen in Scotland and Northern Ireland.

According to the Office for National Statistics (ONS), around 70 people in private homes in England had Covid-19 on October 2, up from one in 85 the previous week.

At the peak of the second wave in early January, about one in 50 was estimated to have the coronavirus.

The ONS said rates increased for school children aged seven to 11, people aged 35 to 49 and those aged 70 and above.

Nearly one in 15 children ages seven to 11 in school years are estimated to have COVID-19 by October 2 – the highest positivity rate for any age group.

With about four million children in that age group in England, one in 15 equates to about 270,000 testing positive, said Kevin McConway, emeritus professor of applied statistics at the Open University.

He said that based on individual ONS estimates on long-term COVID prevalence, this could mean that around 13,500 may have long-term COVID symptoms, and about 7,000 will have symptoms that affect their day-to-day life. limit its activity.

Prof McConway said: “It’s a lot of kids whose schooling and other activities will be disrupted.

“I think the main action needed here is to vaccinate people aged 12-15 as soon as possible – however, given that the vaccine takes time to be effective, it is not going to reduce the infection rate. All that group fast.

“I’m certainly not suggesting school closures or anything like that, but I don’t think it’s a substitute for doing nothing.”

Unison’s assistant secretary general John Richards said the mask and school bubble needed to be restarted and a vaccine rollout for 12 to 15-year-olds.

He added: “The government can no longer look the other way while coronavirus rates rocket among secondary school-age children and are still unacceptably high in primary.

“Students have faced disruption in their education for over a year and a half and ministers should remove all stops to keep children in classes.

“These figures underscore how inadequate the government’s current approach is.”

The ONS figures also show that the positivity rate for over 70s is still low at one in 170, but is up from one in 190 last week.

Sarah Crofts, Head of Analytical Output for the ONS COVID-19 Infection Survey, said: “The UK once again has a mixed picture of infection trends, with the largest increase in England.

“This is largely driven by a significant increase among secondary school pupils, possibly reflecting their return to school in September.”

The ONS said the percentage of people testing positive for COVID-19 is projected to increase in all regions except the east of England, where the trend is uncertain.

Yorkshire and the Humber and East Midlands had the highest proportion of people from any region most likely to test positive for the coronavirus in the week to 2 October, about one in 55.

London and East England had the lowest at one of 90.

In Wales, it was estimated that one in 55 people had COVID-19 in the week leading up to 2 October, which was unchanged from the previous week and is still the highest in the week to 23 December 2020.

‘Lamb’ 2021: Escape to a Horrifying and Humorous Experience In Rural Iceland